“A party is like a sausage machine, it grinds up all sorts of heads together... 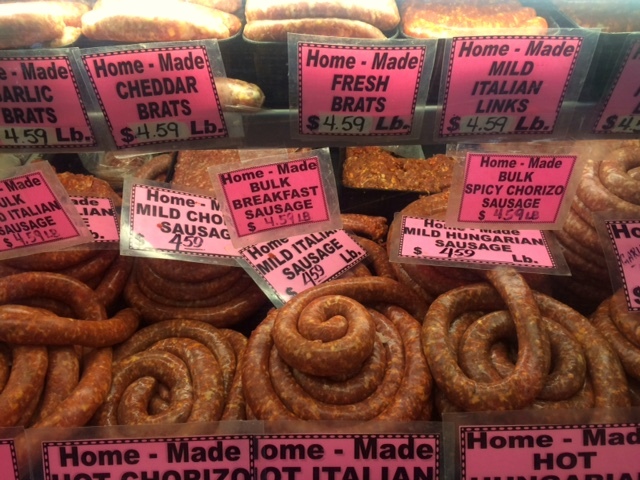 I think these noxious cocktails are especially affecting the media folks you want to give us the in...

By Billy Bratzenbier
LadBaby Hits No 1 in the UK!

At Sausagefest.com we applaud and salute LadBaby and their No 1 UK hit song “I Love Sausage Rolls!” It’s a spoof of the famous Joan Jett hit “I Love Rock and Roll” only with sausage. What could be better, you ask? What could possibly be cooler than sausage and rock and roll? Well, maybe beer and sausage and rock and roll but that’s a minor quibble.

What makes this effort truly fantastic is that, per this The Guardian article entitled “‘I Love Sausage Rolls is for people who can’t eat’: LadBaby’s Mark Hoyle”, proceeds will “benefit the Trussell Trust, a charity that supports more than 1,200 food banks in the UK.”

Even more amazing is that LadBaby also reached No 1 last year with their hit song “We Built This City …on Sausage Rolls!” Accor...

By Billy Bratzenbier
No Love For Love Sausage

We at Sausagefest.com are increasingly aware that the sausage world is constantly under attack, most recently by an elected official in Scotland. Paisley Southeast Independent Councillor Paul Mack has called for Marks & Spencers Love Sausage to be removed from Renfrewshire outlets! Marks & Spencers Love Sausage is a heart shaped, bacon wrapped sausage, which was marketed as a Valentine’s Day special.

This just in from the “One person’s sausage is another’s poison” department:

Hayley Higgins, a “mum of four” from Norris Green, Liverpool, dared to look a gift sausage in the mouth and now must be held accountable. Manna from heaven, in the form of sausage and chips, showed up at her door on Christmas Eve. Instead of thanking her lucky stars for this stroke of sausage serendipity she put up a big fuss because she didn’t get the pigs in blankets, roast potatoes and sprouts she had ordered weeks in advance. Ms...

In Search of the Naked Truth

By Billy Bratzenbier
In Search of the Naked Truth

After a photo of a naked butcher preparing sausages appeared on Facebook, Australian authorities have vowed to get to the bottom of the story. They seek nothing but the bare facts and will not ass-ume anything. Nothing shall “hinder” their efforts to expose the naked truth.

Per the ABC Australia article, the photo “shows a butcher handling sausages dressed in only boots and an apron, leaving his bare buttocks exposed.”

The butcher has been terminated from his employment and a meat recall has been issued.

It would be easy to “crack” a butt joke here but the naked butcher has enough problems without being made the butt of a sausage joke. Besides, this is no laughing matter! We have already issued a travel warning for Adelaide, where a superm...

Given the abundance of negative sausage news out there it’s understandable that any sausage lover might start feeling a bit depressed. There’s the sad story of the 22 year old unemployed, hyphenated Floridian who pelted his mom with sausage because she didn’t drop everything and make him a meal. A true candidate for the Sausagefest Wall of Sausage Shame if ever there was. Then there’s the report out of Milwaukee regarding the shutdown of a sausage plant after recalling 13 tons of headcheese due to a listeria threat. Speaking of the Wall of Sausage Shame, there’s this story regarding the German “sausage cartel” that was fined millions for keeping sausage prices artificially inflated for well over a decade...

Diapers? Really? Who Ya Crappin’?

By Billy Bratzenbier
Diapers? Really? Who Ya Crappin’?

Last Monday the fate of sausage in the free world found itself under siege once again! Today we can all rest a little easier, thanks to the efforts of Scout and Emma, employees of the Canadian Border Patrol. (Funny, they don’t look like sausage dogs!)

Scout and Emma sniffed out a dastardly attempt to illegally smuggle sausage into Canada. Four kilos of sausage were found inside the luggage of a passenger arriving at Toronto’s Pearson International Airport on a flight from El Salvador. Authorities discovered “three packages of sausage links that were well-concealed in layers [of] plastic, aluminum foil, paper and diapers.”

Per the Canadian Border Patrol, ‘Smuggling sausages in diapers will not work.’ 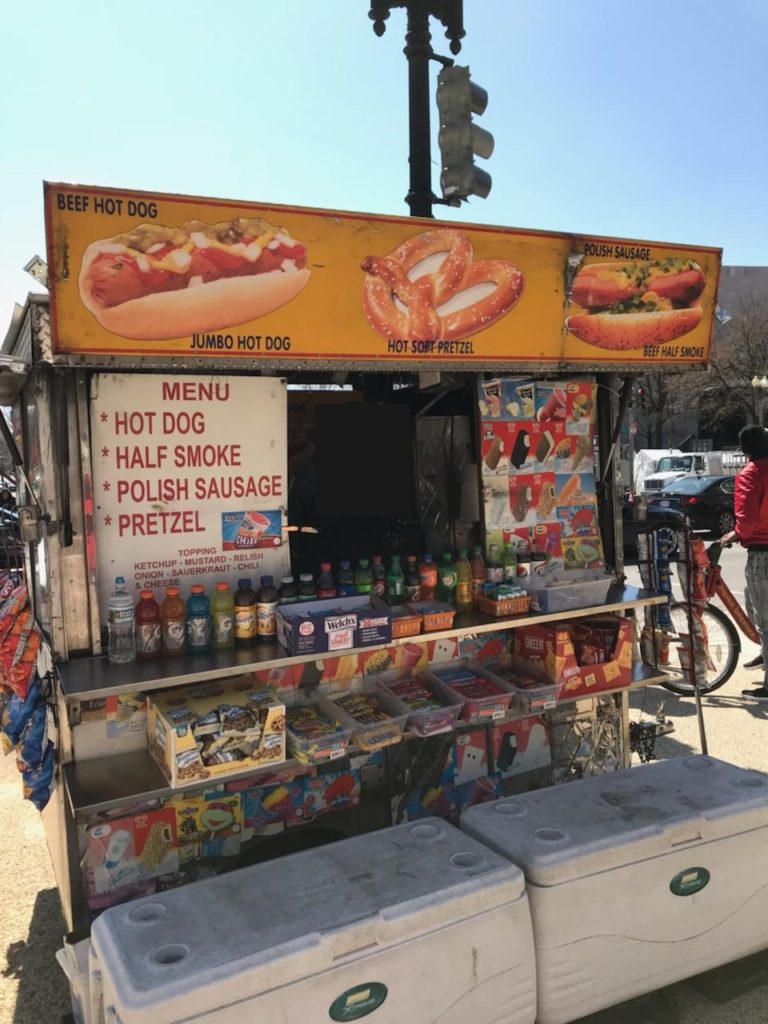 By Billy Bratzenbier
Remembering “Hot Dog Stand”
Once Upon A Time, A Long Time Ago

Once upon a time, a long time ago, a company named Microsoft included a free and unique theme in its Windows 3.1 product. That theme was entitled “Hot Dog Stand” and is considered by some to be among the ugliest Windows themes ever. This TheNextWeb article entitled “World’s worst theme proves Microsoft once had sense of humor” provides more info, as well as a screenshot of the “Hot Dog Stand” theme.

Microsoft products have been around during most of Billy’s adult life and he’s no stranger to software application programs like MS-SQL Server, MS-Exchange Server and MS-Office. If implemented and integrated properly, those software packages can significantly improve business productivity.

In the digital rea... 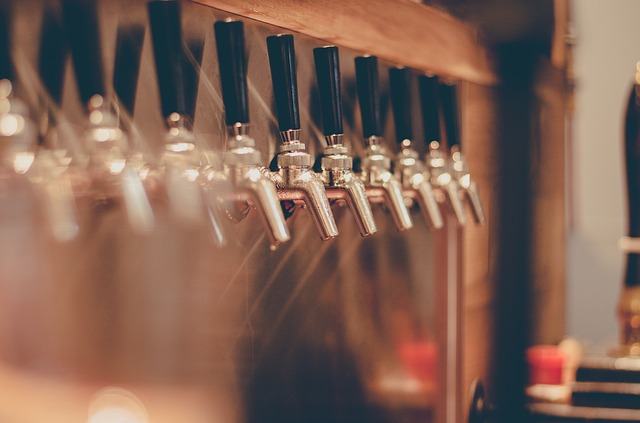 Photo By Veeka Skaya on Pixabay

Sausagefest Is No Stranger To the Craft!

Sausagefest and craft beer go way back! Yesterday’s announcement that San Diego’s Ballast Point had opened a new brew pub in Chicago’s west loop was probably the best thing we heard all day! The news got even better after reading this Chicago Eater article about a special menu item, available only at Ballast Point’s Chicago restaurant: Habanero Sculpin IPA Bratwurst!

Ballast Point has been around since 1996 and its Sculpin IPA has long been a Sausagefest favorite. A Sausagefest research party will soon visit the new brew pub and will report back soon.

See you at Ballast Point!

By Billy Bratzenbier
For The Love Of All Things Sausage, Avoid Adelaide!

This recent news item from the land down under prompted us to issue yet another “Sausagefest Travel Warning.”

Your Aussie Friend: Well mate, what do you expect? You ordered an Anus Beef Sausage!

Per this Daily Mail article, “A new variety of meat has hit Australian supermarket shelves.” That’s right, Free Country Anus Beef Sausage was seen on the shelves at the Foodland in Valley View, a suburb of Adelaide.

At Sausagefest.com, we love our sausage and celebrate its many different varieties. Butt, enough is enough. Here’s where we draw the line.