Some Measures Worth Sharing: 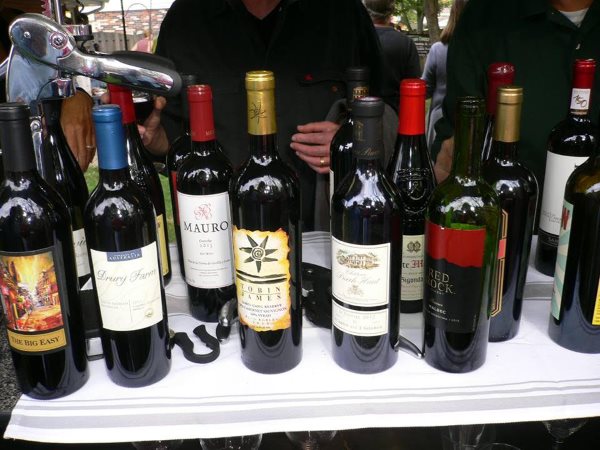 Awards and Thank You Mentions

The Thank You list has these people in gold letters: Shawn and Will for their grill work; Kellen for mastering the sausage registration desk; Tom for his bartending skills in the wine tent; Kathleen for some beautifully inscribed Sausagefest 19 wine goblets; Kathy for being the Master Organizer as usual; Richie for the wonderful bottles of Turley and Chappelet; to all the attendees for ignoring the rain and partying on. 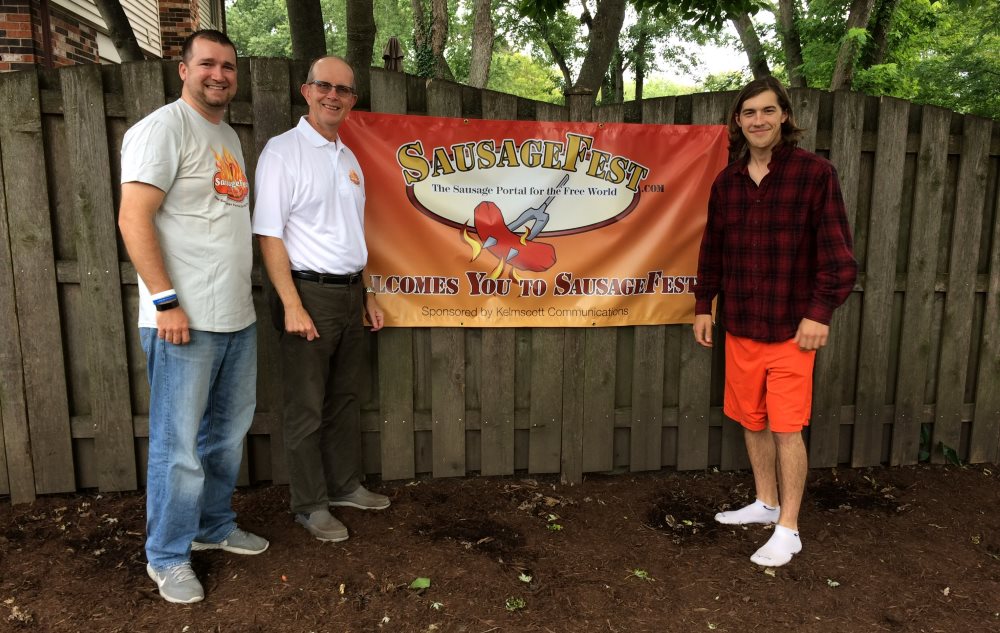 Paul and Joy Munson for the Romanian Mititei sausage
Dawn Tuttle for the Merguez, a North African lamb sausage.

Steve Zimmerman who brought Louisiana Hot sausage from the Butcher on the Block (Lake in the Hills, Ill.).
Donna Kastning who brought Atomic Sausages from Johnny’s G (Bloomingdale, Ill)

This is Steve’s second win in a row for this category. Last year was his first fest and he obviously knows how to scout for sausage. Donna brought Atomic sausages from Johnny G’s a couple years ago but this vintage was stunningly sadomasochistic with its hotness.

Fresh over retirement rituals, it was good to see Casey Wasilewski get out of rehab in time to assemble the ambrosia of his Polish Sausage and Sauerkraut casserole. Casey is to Polish Sausage Casserole as John Wooden was to college basketball. Every year it’s the same old winning team. The piranhas were circling his large bowl as he set it down on the buffet table. It’s hard to count nanoseconds, but the bowl was licked clean very quickly. I can’t believe there weren’t serious knife and fork injuries for the all the silverware that were thrust into such a small area.

Susan G year after year sees her baked beans disappear as quickly as they are set out. The piranha thing again. This year I never got a whiff of them.

The Best Sausage to Not Make The Grill

The next day we had one sausage that did not get cooked. We think this was a happy mistake. The sausages were from Taiwanese Lap Ceung sausages. We are grateful to rookie fest goer, David Nealis for bringing these delicious gems to the event. We will have to find more of them quickly. They were made of smoked meat and seasoned with the spices you associate with Chinese cuisine. I won’t attempt to guess at all the seasoning. But, when warmed up on the grill it was like eating bacon candy – with some soy overtones. Pretty amazing stuff.
David, when you comeback from China to Fest #20, bring a lot more. 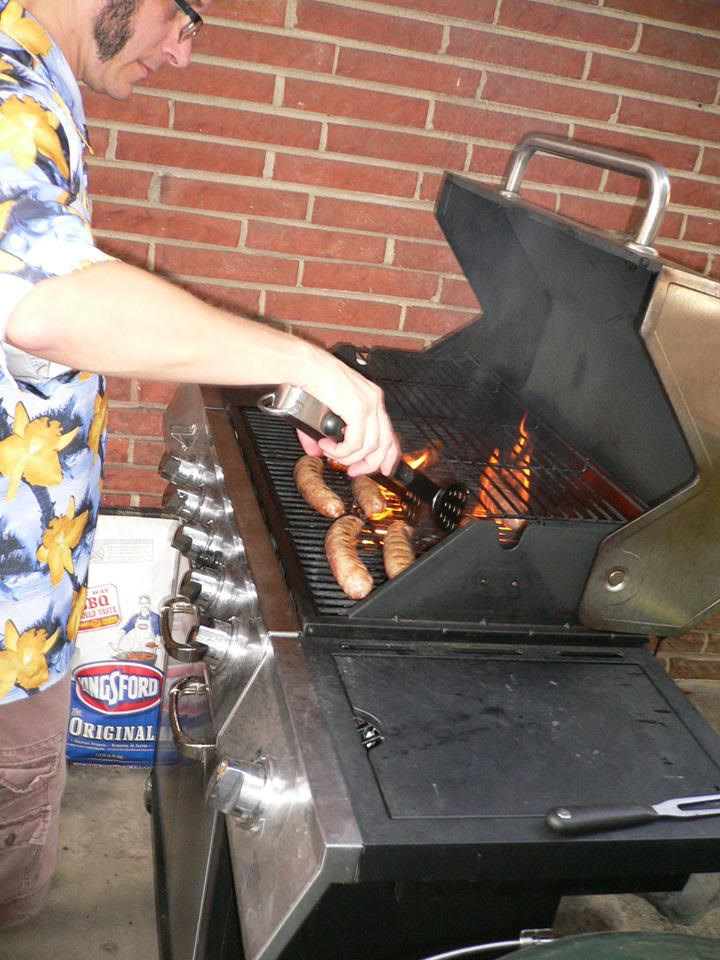